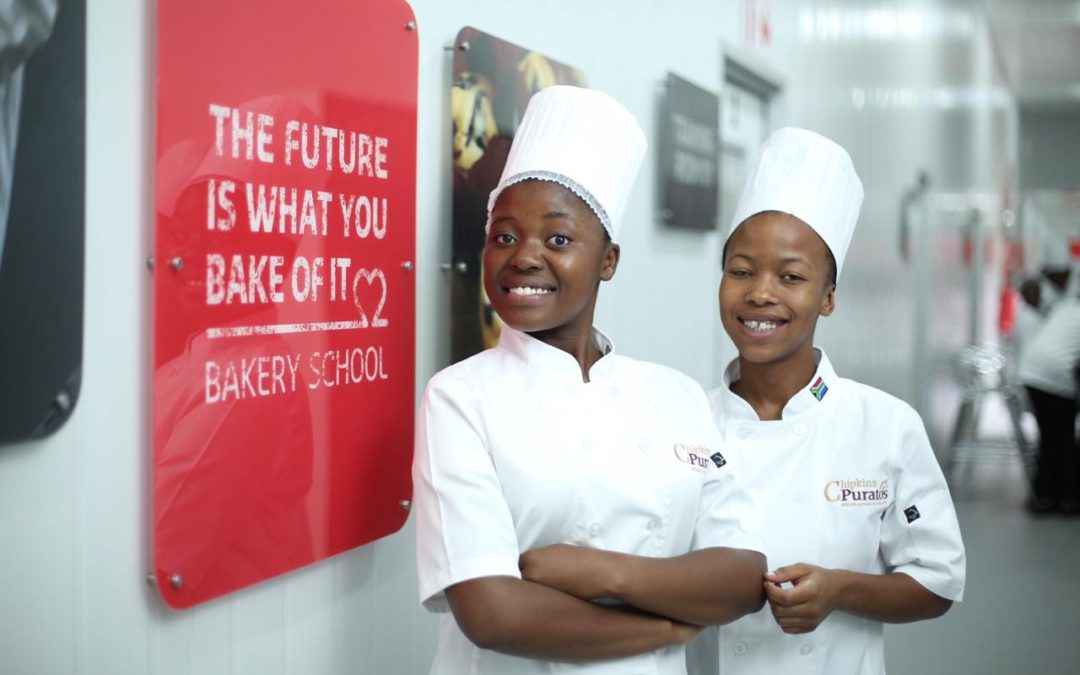 It was a proud day for both a school and its wider community at the launch of the Chipkins Puratos Bakery School South Africa at Masisebenze Secondary School in Tembisa on 11 February. The Bakery School South Africa – an industry first for South Africa – will now empower an annual intake of 25 grade 11 learners at the school, as they begin a two-year programme that arms them with an NQF Level 2 qualification at the same time as they work towards achieving their matriculation certificate.

The Bakery School South Africa is a non-profit company (NPC) that is supported by Chipkins Puratos, a joint venture between Bidcorp Food Africa (Bidcorp Food), a subsidiary of JSE-listed Bid Corporation Limited (Bidcorp), and Puratos, an innovator in the bakery, patisserie and chocolate industry. Globally, Belgium-based Puratos has helped to open three similar schools in India, Brazil and Mexico.”
The local launch event was attended by guests including representatives from Puratos head office in Belgium, Chipkins Puratos in South Africa, the FoodBev SETA, the Gauteng Department of Education, teachers and parents at the school, and the new baking ‘squad’ of the 25 learners who have been chosen to take part in this inaugural year.

Richard Kuppan, national training manager at Chipkins Puratos and spokesperson for the Bakery School South Africa, outlined that the project had taken place very quickly: “We broke ground on the building in September 2018, and the building was completed by 15 November, just a few months later. This was a testament to the power of unity and the dedication of individuals working together for a common goal.”

Nigel Phillips, MD of Chipkins Puratos, welcomed the young learners in the audience and explained, “Tembisa is physically close to our business premises and it was important to us to know that we were helping to assist this nearby community. We chose Masisebenze School for the opening of the Bakery School South Africa firstly because it is in Tembisa, and secondly because of its very good academic track record. We are aiming to play our role in addressing both the challenges of youth unemployment as well as the skills shortage in our industry.”

The school’s strong academic history was echoed by Ephraim Tau, Chief Director: Gauteng Department of Education, when he clarified to the international visitors that the name of the school – Masisebenze – means ‘let’s work’. “I really hope,” he said to the learners, “that you are preparing to embrace this opportunity with both hands, and I trust that you will be able to start up bakeries in Tembisa in the future. You are part of the dream that the Bakery School will create future employers out of you.”

Mr Tau addressed the Belgian delegation directly as he concluded, “Thank you for choosing us and for planting the first seed here.”

The last word goes to Chipkins Puratos itself, which likes to say that, ‘The future is what you bake of it.’ For young learners on the brink of a brand-new career opportunity, these are wise words indeed.